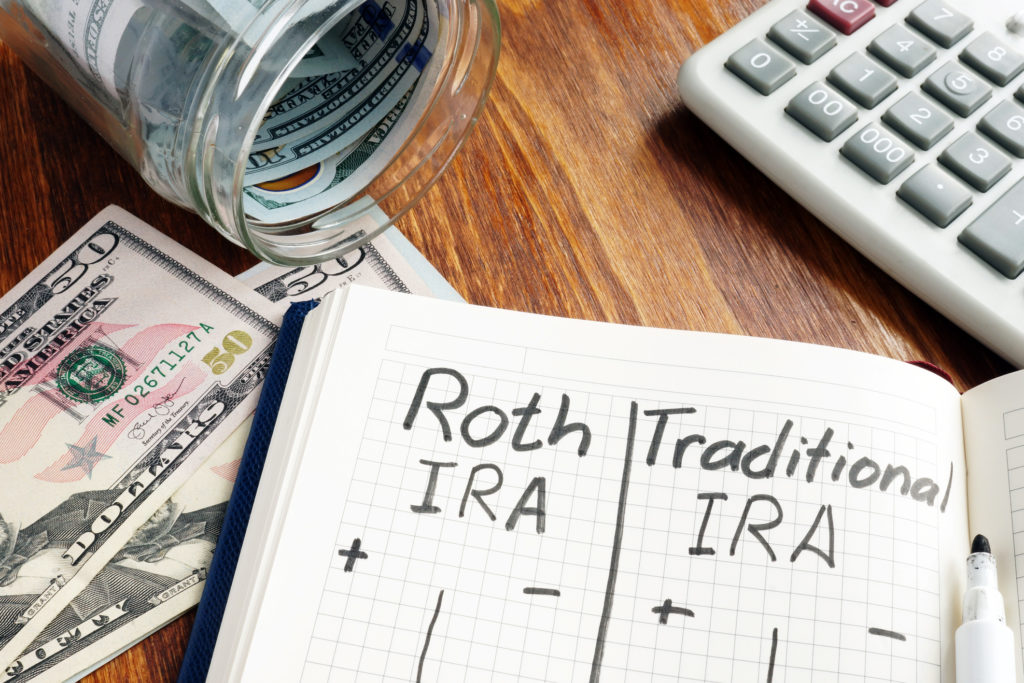 Considering a Conversion from Traditional IRA to Roth? Think Twice.

The COVID-19 pandemic has certainly caused havoc in global markets and the U.S. economy throughout 2020 and 2021. Along with the continued impact of the pandemic, changing economic policies have added more uncertainty to the mix.

It’s always important to stay on top of your financial status, but economic “crossroads” moments demand heightened focus from investors seeking options that could help to protect a retirement nest egg over the long term. One idea to consider is converting a traditional individual retirement account (IRA) to a Roth IRA. But is that a good idea? Thanks to the Tax Cuts and Jobs Act (TCJA), such conversions can no longer be reversed. So take some time to consider all the angles before you take that step.

To decide what is best for your situation, you’ll first need to understand the key differences between traditional and Roth IRAs.

The primary advantage of a traditional IRA is that contributions you make may be wholly or partially tax-deductible. However, that advantage can be reduced or eliminated under certain circumstances. Deductions are phased out if both of these conditions are met:

Depending on your situation, some or all of the tax benefits of your traditional IRA contributions could be wiped out.

Traditional IRA distributions that are attributable to deductible contributions or growth in the account are taxable at ordinary income rates.

Nonqualified Roth IRA distributions are taxed at ordinary income rates, subject to special “ordering rules.” When you take a distribution outside of the tax-free parameters noted above, the rules treat contributions as coming out first. Because you already paid tax on those amounts, contributions are exempt from tax when you withdraw them. Next, come conversions and rollover amounts, and finally, earnings. These ordering rules reduce any potential tax liability during the first five years of the account’s existence.

In other words, when you convert assets in a traditional IRA to a Roth, you’re effectively agreeing to pay tax now on accumulated IRA earnings for the opportunity to claim tax-free payouts in the future. But a conversion isn’t a slam dunk by any means.

Under prior law, you had until October 15 of the same year to reverse (or “recharacterize”) an ill-fated conversion. For example, a reversal might have been advised if you converted the account and then asset values subsequently declined. However, under the TCJA, for 2018 and beyond, you can no longer recharacterize a Roth IRA back into a traditional IRA.

So it’s important to think through the details before you convert to a Roth IRA. Some of the questions to ask when deciding whether (and when) to make a conversion include:

How much tax will you owe? When you convert to a Roth IRA, you must pay tax on the funds transferred, just like a traditional IRA distribution. If your account balance and asset values are high and you expect asset values to drop, a conversion is probably a bad idea. Conversely, if your traditional IRA has been pummeled by a market downturn, the declining value might suggest that a conversion should be considered.

Can you afford the conversion tax bill? A conversion will always come with a tax bill. If you don’t have enough cash on hand to cover the taxes owed on the conversion, you may have to dip into your retirement funds. It’s possible to pay the tax out of the funds being converted, but this will erode your nest egg. The more money you convert and the higher your tax bracket, the bigger the tax hit.

What’s your retirement date? Typically, you wouldn’t convert a traditional IRA to a Roth IRA if your plan is to retire soon and start making withdrawals. Usually, the goal is to allow the funds to grow and compound over time without any tax erosion.

Will your tax rate change in retirement? If you anticipate being in a lower tax bracket when you retire than you’re in now, you may not want to convert — it might be easier to absorb tax on future distributions than it is to pay a conversion tax this year. On the other hand, if you expect to be in a higher tax bracket in retirement than you’re in now, a conversion might be more likely to make sense, absent any other extenuating circumstances. To complicate matters, Congress could change tax rates in the future.

Will you have other sources of retirement income, besides your IRAs? If most of your retirement funds are invested in assets that would trigger taxes on distribution — such as growth stocks or a 401(k) plan — a Roth conversion may provide some flexibility later in life. It can help meet your lifestyle or estate planning objectives without triggering tax on every withdrawal. Because you can’t predict how the tax laws will change over time, it’s a good idea to build some tax diversification into your accounts.

Another important factor to consider is required minimum distributions (RMDs). Normally with a traditional IRA, you must begin taking RMDs by April 1 of the year after the year you turn age 72. (This age was raised from 70½ by the SECURE Act, effective for taxpayers who didn’t turn 70½ before January 1, 2020 — that is, who were born after June 30, 1949.) For each subsequent tax year, an RMD must be made by December 31 of that year.

However, there are no mandatory lifetime distributions with a Roth IRA. This can help preserve wealth for your heirs.

Converting a traditional IRA to a Roth IRA isn’t an all-or-nothing deal at a single moment in time. You can convert as much or as little of the money from your traditional IRA as you like. So you might decide to gradually convert your account in order to spread out the tax hit over several years.

Weighing All the Factors

Minimizing your tax liability — now and in retirement — requires consideration of many factors that are unique to your situation. Contact your CRI tax advisor before converting a traditional IRA to a Roth IRA.