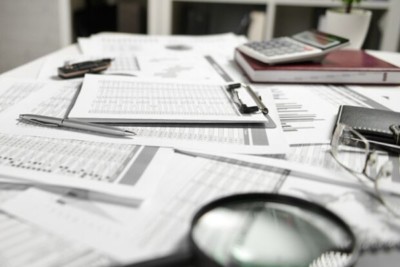 Preparing for a Single Audit: Understanding the Requirements

In today’s financial climate, non-profit organizations and local governments are looking for new sources of funding and ways to serve their clientele. One potentially-untapped source of funds is grants through the federal government, which are available every year for a multitude of purposes, some of which are likely to mesh with the mission and goals of your organization. Accepting federal funds leads to new requirements that must be met – some of which may seem burdensome. Many of these requirements vary from program to program. Still, one requirement applies to any non-federal entity that expends more than $750,000 in federal funding during its fiscal year—the Single Audit (or Uniform Guidance Audit). The first step is preparing the Schedule of Expenditures of Federal Awards (the SEFA), which lists the funds expended for each federally-funded program for the year, which is the basis for the Single Audit.

What is a Single Audit?

A Single Audit is an audit of compliance with compliance requirements defined by the Office of Management and Budget every year in the OMB Compliance Supplement. In addition, a Single Audit also includes a financial statement audit under Government Auditing Standards and consideration of internal controls over compliance. Four reports are issued in the course of the single audit:

What is a Major Program?

Federal programs are identified by a numerical code or a CFDA (Catalog of Federal Domestic Assistance) number. Each federal program is associated with a specific CFDA number, and certain programs are combined into clusters of programs due to the similarity of requirements and procedures. For Single Audit purposes, programs are considered by each CFDA number or cluster, even if multiple grants were awarded under the CFDA number. The auditors conducting the Single Audit select programs to audit as “major programs” each year, based both on dollar amounts expended for each program and on the risk of each program. More extensive programs must be audited as major programs at least once every three years.  In addition, the Single Audit must cover at least 40% (20% for certain auditees that qualify as “low-risk auditees”) of total federal expenditures. The major programs are those in which the auditor performs internal control and compliance testing.

Schedule of Findings and Questioned Costs

One additional item included in the report package issued in a Single Audit is the Schedule of Findings and Questioned Costs, containing all findings identified during the audit, including items related to the audit of federal awards and the financial statements. These findings may relate to internal controls, compliance matters, fraud or abuse instances, and financial statement misstatements. All conclusions from the Single Audit will include the amount of “Questioned Costs” related to the situation described in the finding. These are costs that, in the auditor’s opinion, should not have been charged to the federal program and may or may not result in the federal awarding agency or pass-through entity requesting reimbursement of such costs.

If you have questions about the single audit process, contact a CRI audit professional who understands the requirements of a single audit and is ready to provide valuable information to help you prepare.